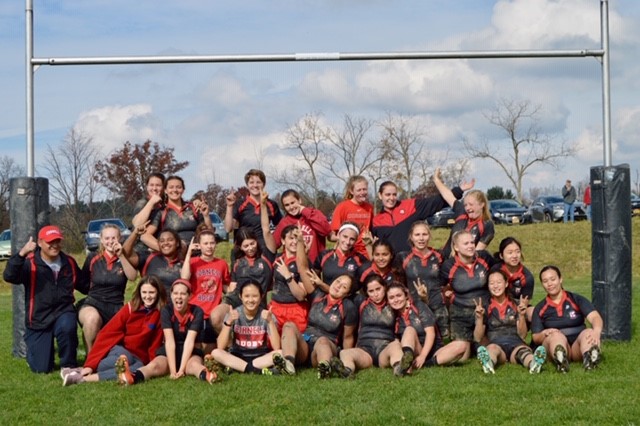 From the kickoff both teams left everything on the field.

This game could have gone either way. Each team brought out their best strategy to exploit opportunity, minimizing their mistakes and using opposing team’s mistakes for their own gain. Both teams shared their strength, weaknesses and frustration to complete this game. At the end of the day each team is commended for their strong finish to the season.

Looking forward to more competition like this in the future.

Team captain Deena made a well earned 2nd try for Cornell and converted her own field goal. First half 12-7 Cornell.

Columbia’s Maddison Haussy made an impact from an offload supporting role to score Columbia’s 2nd try.

Julian Hutsko of Columbia scored their 3rd and final try to finish it off. Unfortunately, time ran out for Columbia.