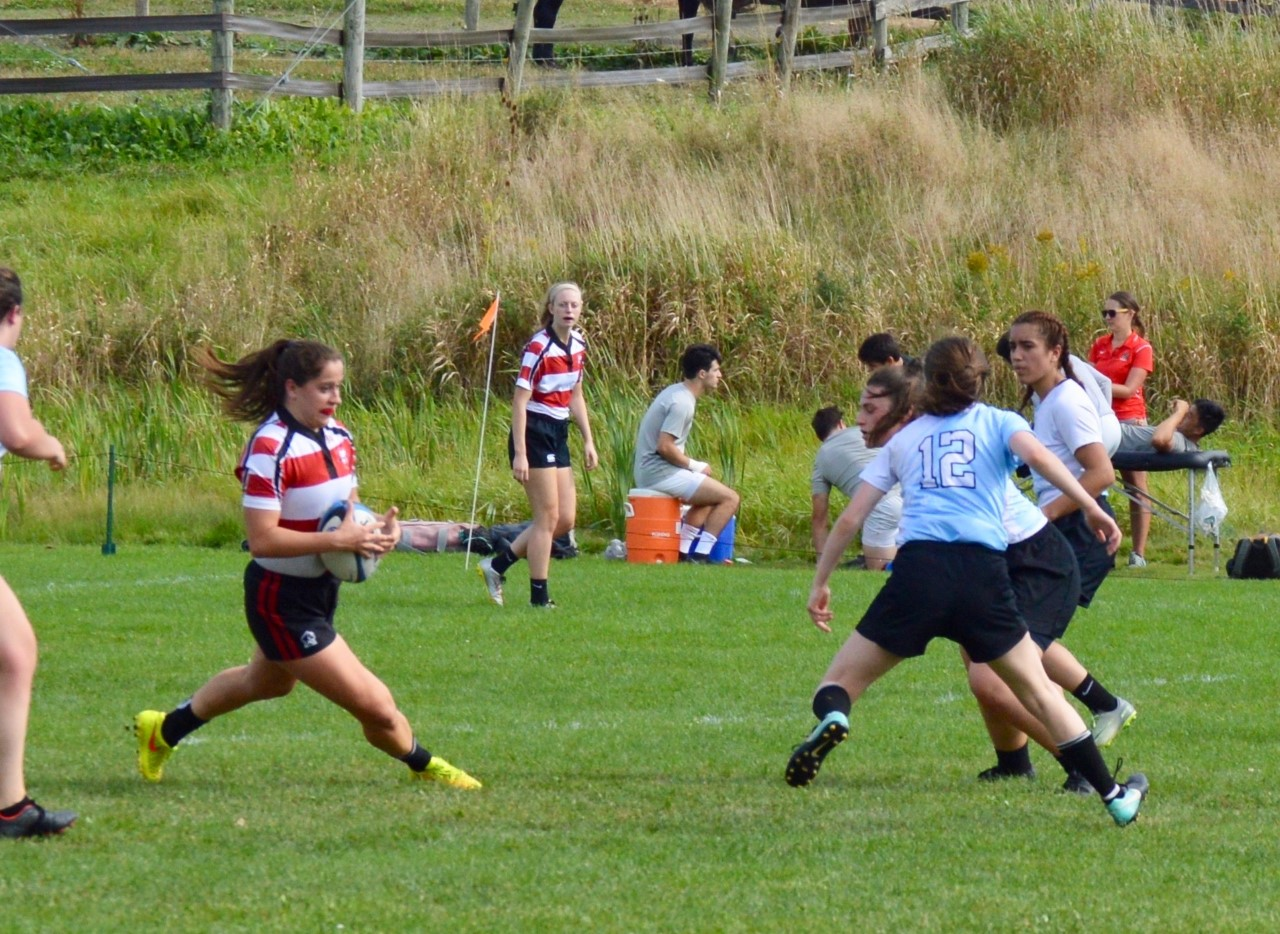 Captain Deena Scoville attacking into space to score the final try of the day.

The Cornell team was led by team captain Deena Scoville ‘20 and Kayla deLuze ‘21. Both teams fought exceptionally well and capitalized on each other’s mistakes to score tries all over the field.

Both teams could not have asked for a better day to play rugby at 10:30 am on a Saturday morning in Ithaca. Saturday's match was Cornell’s second and Columbia’s first of the season.

Cornell would like to thank Columbia for making the effort to play their home game away at Cornell.