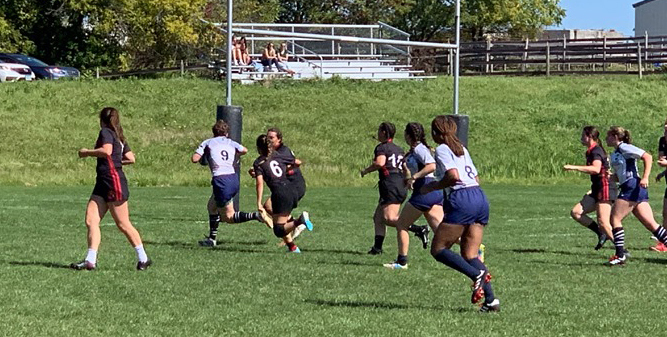 Yale #9 scores under the posts

Yale defeated Cornell in what was described by a Yale player as a "fun match." Tries were scored everywhere with Cornell taking the win by a score of 46 to 34. Yale Women scored some great team tries so a lot to be positives came out of their trip to upstate NY.

Yale Women head to UPenn next weekend to play a match at Penn Park beginning at 3.00pm.