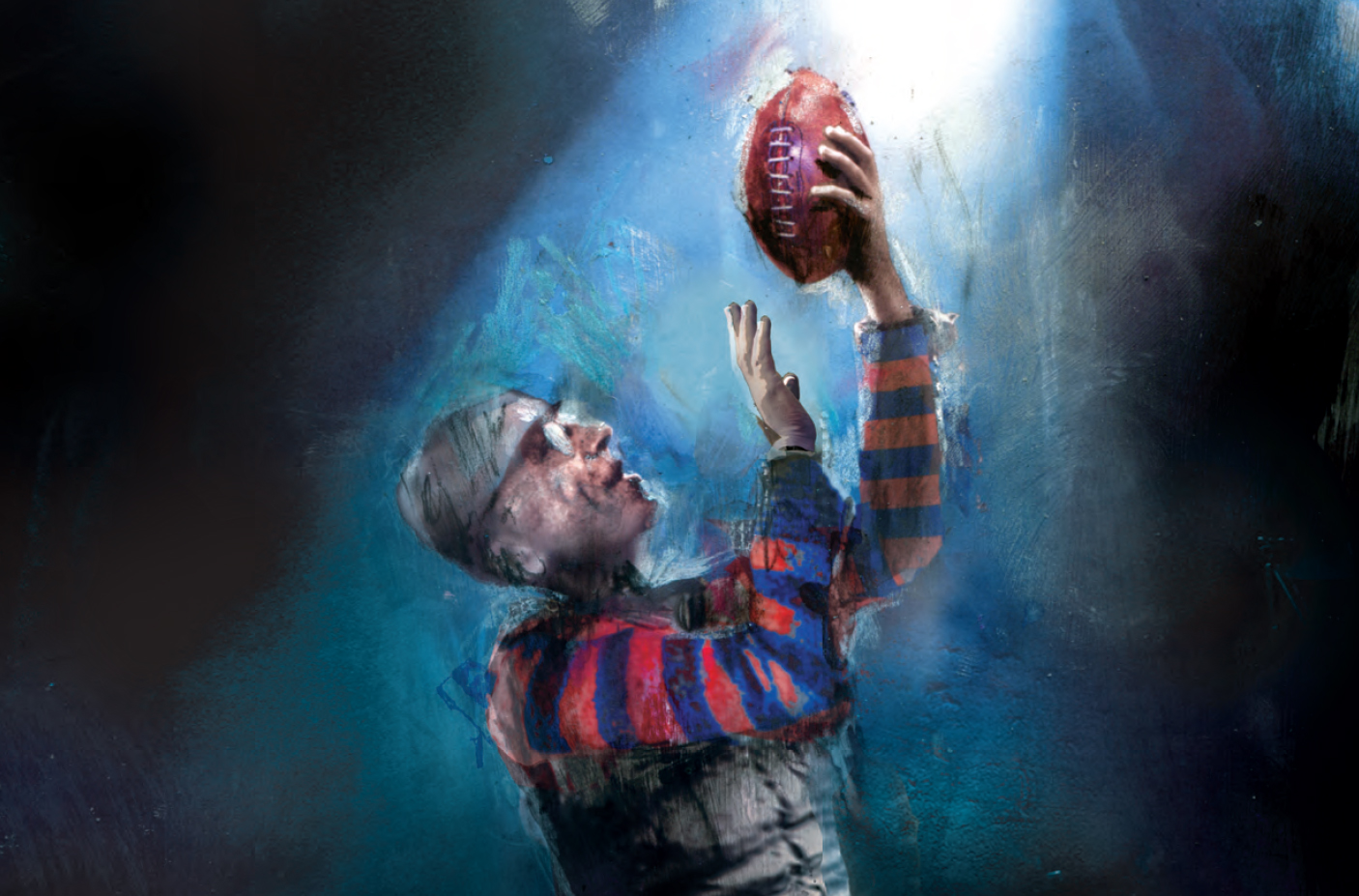 David Hollenbach created the illustration above depicting a young John Heisman gathering what appears to be a rugby ball. Considering the history of rugby and American football in the 1870s, it's clear that Heisman grew up playing the game of rugby. Following right behind the innovations of Walter Camp at Yale, Heisman picked up the torch at Brown and then the University of Pennsylvania.

A 'free and easy American interpretation of old English Rugby' is how John W. Heisman L1892 characterized the kind of football he played as a kid. By the time the adult Heisman hung up his cleats—and the megaphone through which he coached—for the last time, football and rugby had gone their separate ways.

Read Heisman’s Game on the The Pennsylvania Gazette »