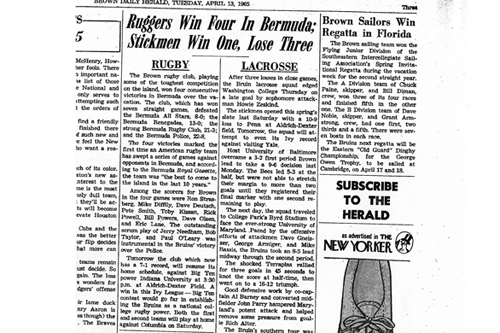 Brown departs for its Spring Break trip to Bermuda where Brown Rugby, for its 50th Anniversary, will visit the destination of first tour in 1965. Brown has taken three additional tours to Bermuda in 1992, 2002 and 2007.