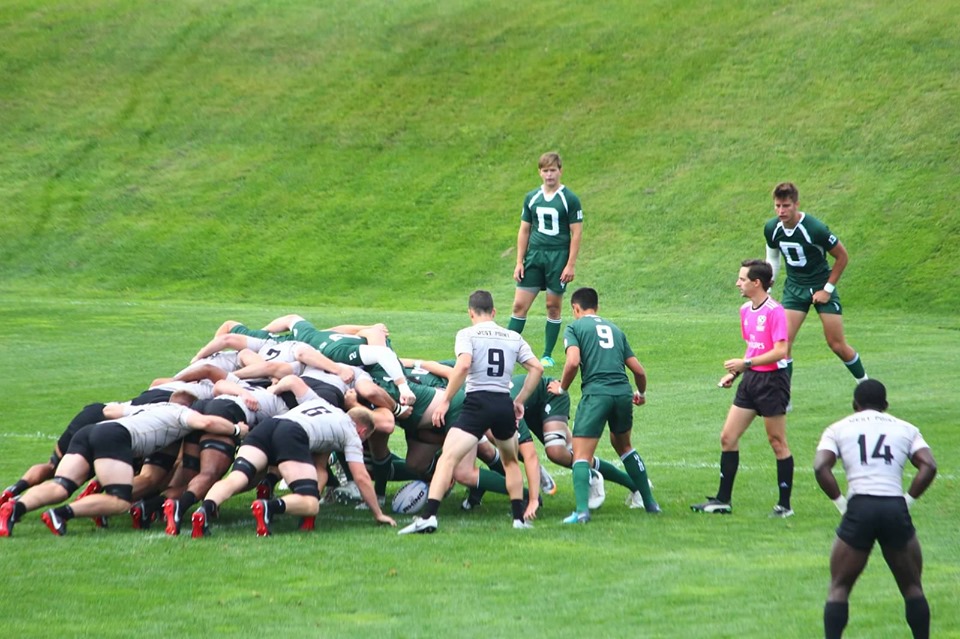 This past weekend the Big Green headed out West to Las Vegas to try their luck in the Las Vegas Invitational. Two squads were brought out, the A side competed in the collegiate tournament and the B side which was in the men’s open tournament.

Day one saw plenty of success for both sides with each going 3-0. The A’s opened up with a 33-5 win over Utah State which would be their only points conceded that day. They then followed up with a 38-0 smashing of Syracuse and a dominant 43-0 thrashing of New Mexico. The Big Green’s success due to their ability to maintain long possessions an ultimately scoring which starved the opponents of the ball. It was a full team effort with all five replacements being used throughout each match.

The B-side bruisers started off with an electric 19-14 win over the Reds in which Dylan Burke ’19 scored the match-winning try with no time left. Then the young side defeated the Grenadier Guards 24-12 which was composed of the British military. The end of the day saw the killer B’s blank Western Michigan B 19-0.

On day two the A’s came in as the #1 seed and faced St. Joseph’s in the quarterfinals. It was the first side’s closest match all tournament. Despite being down at the half. The Big Green came back thanks to some individual brilliance by freshman Mike Weir ’22 who scored two tries. In the semifinals, Dartmouth looked the best it had all tournament with a clinical 33-12 victory over Utah. The DRFC barely went into contact the first half because of its ability to string together long sequences of passes which ended up in tries. Gyorgy Brevnov ’20 was lethal on the wing and broke the ankles of the Utes defense on the way to tries down the sideline. The Big Green booked its place in the championship for the next day.

The B’s ran into more competition on the second day. The match against Victoria Island University was a close one with the Big Green just falling short in the cup quarter-finals. That set up the final match against the Toronto Nomads. Unfortunately, the old-timers were too much for the young Dartmouth squad. Freshmen Jack Wagner ’22 stood out as a playmaker while Cam Parker ’22, Tim Gerber ’20, Chase Krivickas ’21, and Reed Kuivila ’19 were able to do damage with the ball.

The collegiate championship match was held in Sam Boyd Stadium where Dartmouth faced off against the University of Colorado. The Big Green got off to a quick start when Luke Bienstock ’20 dummied and took the ball 60 meters for the first try of the match. The Big Green continued when captain Struan Coleman ’19 stiff-armed passed the defense to touch down in the corner. At the end of the first half, Bienstock added his second try by capitalizing on a phase of passes from sideline to sideline. In the second half, Weir went off for a long run just short of the try zone, but Charlton McArdle ’21 crashed through the defense to extend the DRFC’s lead to 20. All remaining subs then came in, and Dartmouth killed the clock to finish the match 20-5. Jasper Green ‘22 and Pat Sheehy ‘20 were superb at setting up the Big Green for tries all tournament and co-captain Fuller Winton ’19 was great on attack.

Dartmouth came away with its first Las Vegas Invitational 7’s championship as it heads into the spring season. The young side displayed depth on both teams which bodes well as it prepares for the D1AA 15s Spring Championship and the Collegiate Rugby Championship.