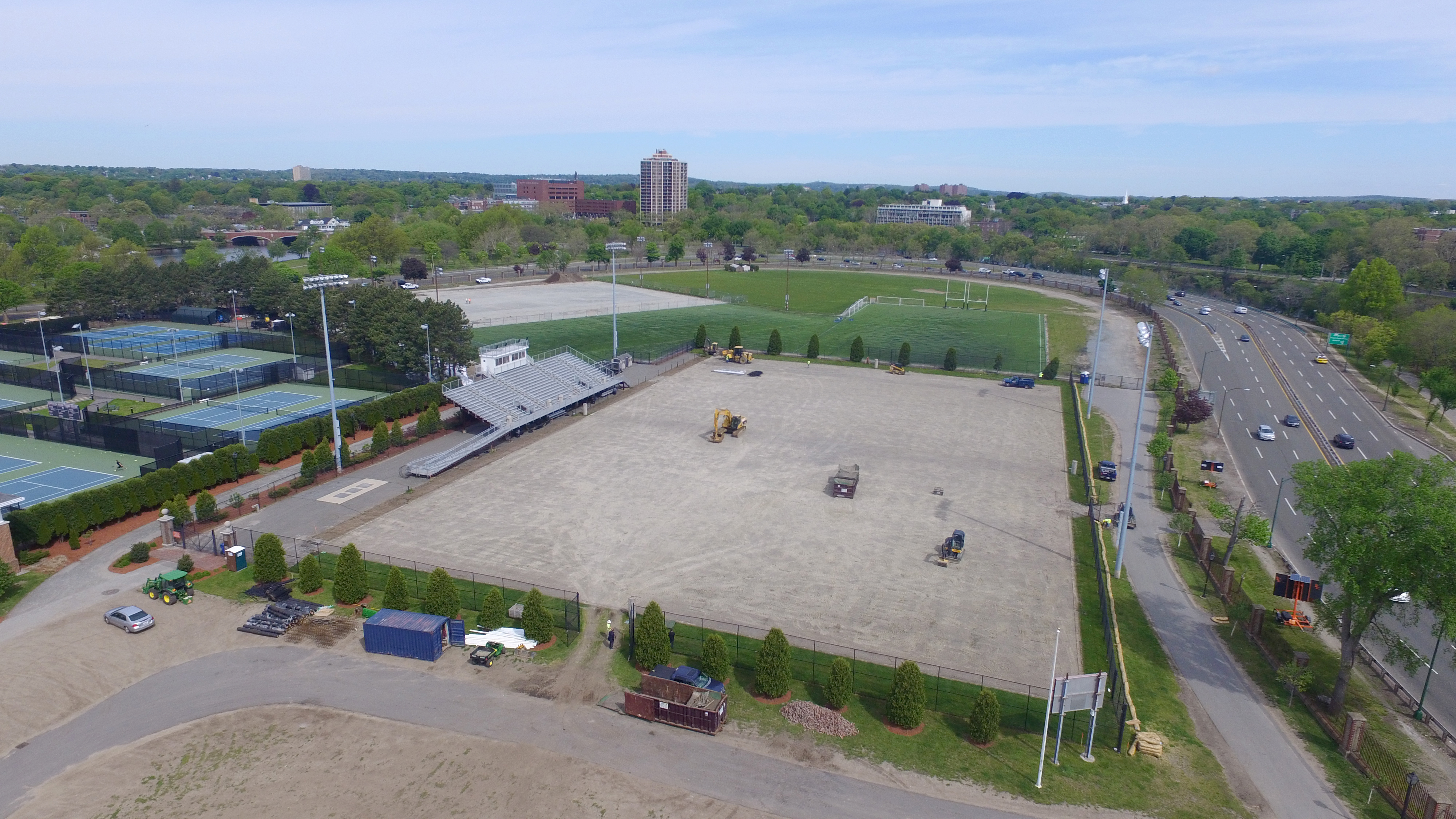 CAMBRIDGE, Mass. – Harvard Athletics has announced that its men's club and women's varsity rugby teams, as well as the HBS Rugby Football Club will have a new facility beginning in the fall of 2016. The new home for Harvard Rugby will be known as Roberto A. Mignone Field.

Following a conversion from field hockey to rugby, the new site will be renamed in recognition of generous support from Roberto A. Mignone '92, MBA '96 and his wife Allison Hughes Mignone '94, MBA '99. The Mignones have been loyal supporters of both the College and Harvard Business School. Roberto was a four-year member and officer of the undergraduate men's Harvard Rugby Football Club. Allison has served as co-chair of the Class of 1994 Reunion Gift Committee and is a member of both the NY Major Gifts Committee and the NY Campaign Committee.

"This field project wouldn't have happened if it weren't for Roberto," stated Bob Scalise MBA '89, the John D. Nichols '53 Family Director of Athletics. "He was the catalyst, together with fellow ruggers from the HBS Rugby Football Club. We are delighted to have a new home for all our rugby programs."

Roberto A. Mignone Field will be renovated for rugby and meet World Rugby field certification standards. A new synthetic infill Fieldturf surface along with goal posts, team areas and perimeter safety netting will be installed during the renovation.

"This new state-of-the-art field will propel all of the Harvard rugby programs to the next level," commented Sue Parker, the women's rugby head coach. "It will be a place where we will be proud to put our incredible sport on display. We are extremely grateful for the generosity of the Harvard alumni who made this new stadium a reality."

Construction began in late May, with completion expected in mid-August prior to the start of the 2016 fall seasons for all teams.