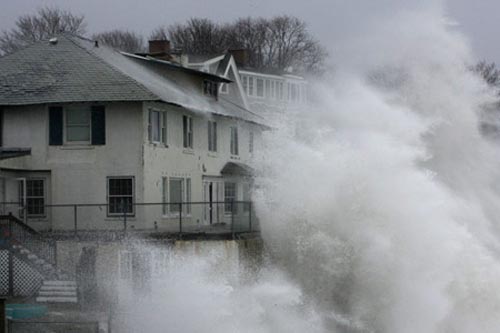 The weather was the first big story today as Day 2 of the 2007 Royall Lyme Ivy League Championships at Glen Farm in Portsmouth, Rhode Island took shape.

In the slickest move of the day, the Jay Fluck and the tournament committee moved up the games to start at 9am and finish the final matches by 11am hoping to beat much of the bad weather as it moved up the coast. Turns out there was plenty of time to sneak in a few well played matches before the weather went from bad to nasty. In the men's final, it was Harvard beating out two-time defending champion Dartmouth 28-25 in overtime. The match was tied 17-17 at halftime and then tied again 25-25 at the full. The two teams played two 5 minute overtimes and in the last minute of the second overtime, Harvard was awarded a penalty which they kicked for the victory. On the Women's side, Brown blanked Yale 14-nil for the championship. In the rest of the men's games, Columbia finally got a win after playing great all weekend defeating Cornell 5-0 for seventh. The fifth place game between the University of Pennsylvania and Brown ended in a 5-5 tie. The flip of a coin gave Brown the fifth seed for 2008. Princeton defeated Yale 19-7 for third. The Cornell women snuck out of town early as Ithaca was expecting and getting dumped on with the winter white stuff. It never seems to end up there! That left Cornell ranked sixth for next year and Princeton fifth. In the third place game the Dartmouth women avenged their brother team's loss to Harvard by taking it to Radcliffe 38-0. The U Penn women defeated Columbia 31-0 for seventh place. Many thanks to Brown University and the Brown Men and Women for hosting the event, our title sponsor Royall Lyme www.royallrugby.com, Rugby Imports www.rugbyimports.com for their gear sponsorship and McGrath Clambakes for the chow! www.riclambake.com