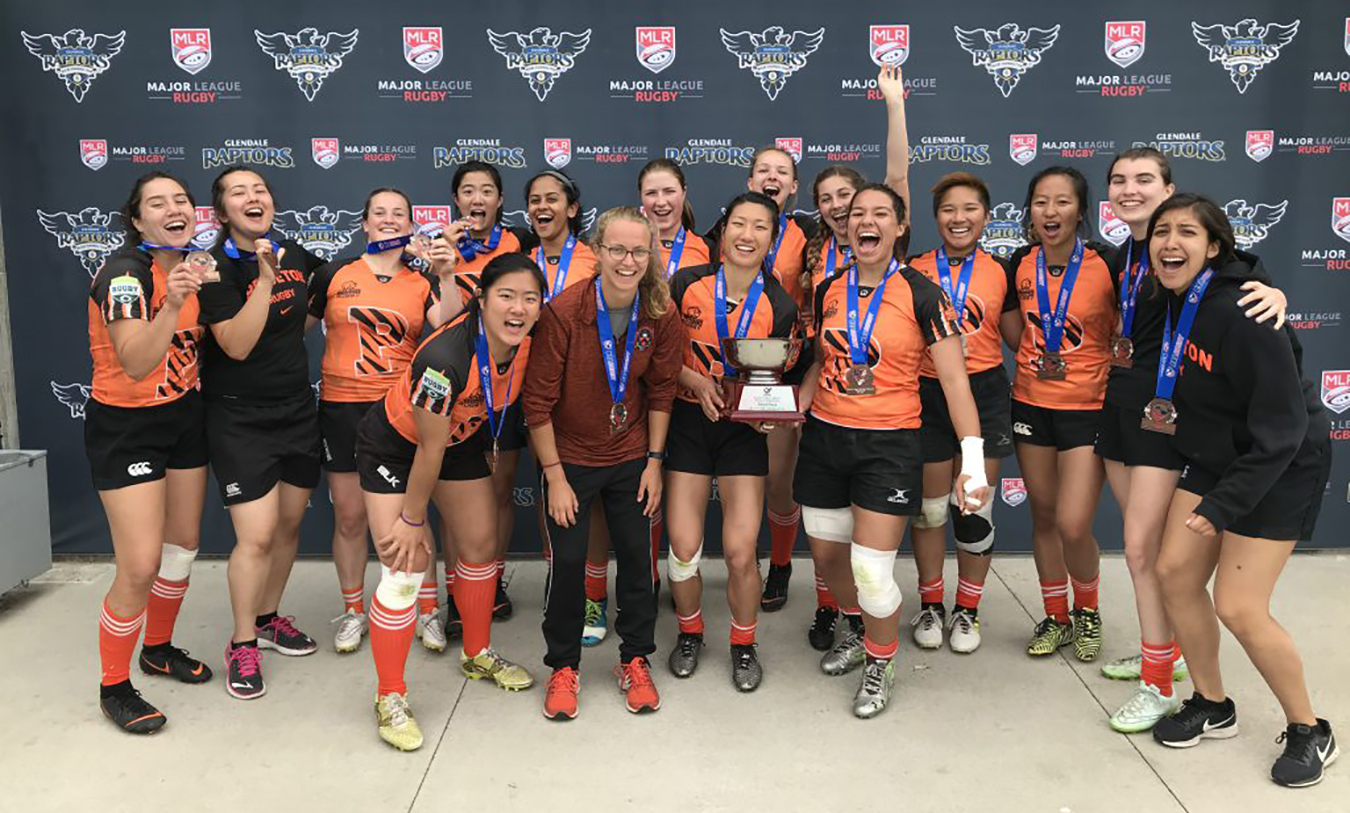 The Princeton Women’s 7s squad placed 3rd in the 2018 National Collegiate 7s Championship at Infinity Park in Glendale, CO over the May 19th weekend.

The success on the first day of tournament play landed Princeton a first seed going into the elimination round. Princeton faced Chico State, a 15s powerhouse of a team. Despite striking with an early try by Wallace, Chico State outlasted and took the match, 28-7.

PUWRFC then faced Texas A&M for the 3rd place bowl. A full team effort, Lu, Hsu and Wallace each scored 2 tries and Wang converted. The Tigers left it all on the field and came away with a 36-5 victory. Most incredibly of all, the Tigers competed at Nationals on top of managing final exams. The team studied, wrote papers and took their exams in between matches.

This remarkable spring season would not at all have been possible without the inspirational leadership of the class of 2018 seniors: Gabe Armstrong-Scott, Gabby Gibbons, Mim Ra Aslaoui, Jesenia Haynes, Alex Aparicio, Sam Lee and Jess Lu. Their leadership and friendship will be sorely missed next fall.