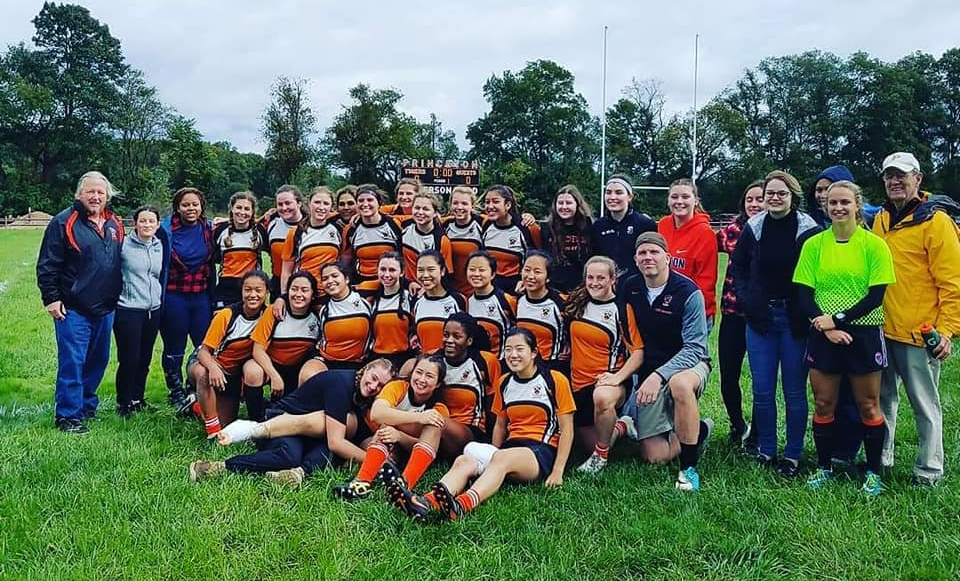 Princeton took the early lead over Penn with trys by Alicia Wang and Coco Wallace. Sarah Dillender was successful in her kick to make the score 12-0.

After Mariah McVey scores again for Princeton and Dillender's kick (19-0), Penn got on the board to make a game of it and the score  was 19-5 Tigers in the lead.

Back and forth trys by Princeton's Coco Wallace with Dillender's conversion then Penn's try made the score 26-10.

As the scoring continues to see-saw, Princeton's Syndey Hsu with Dillender's conversion then another Penn try makes the score 33-15. And as the first half approached, Sydney Hsu scores again for the Tiger's making the score 36-15 at the break.

Three trys Princeton's Coco Wallace and another by Sydney Hsu were matched by only one Penn second half try making the final score Princeton 65 to Penn 20.