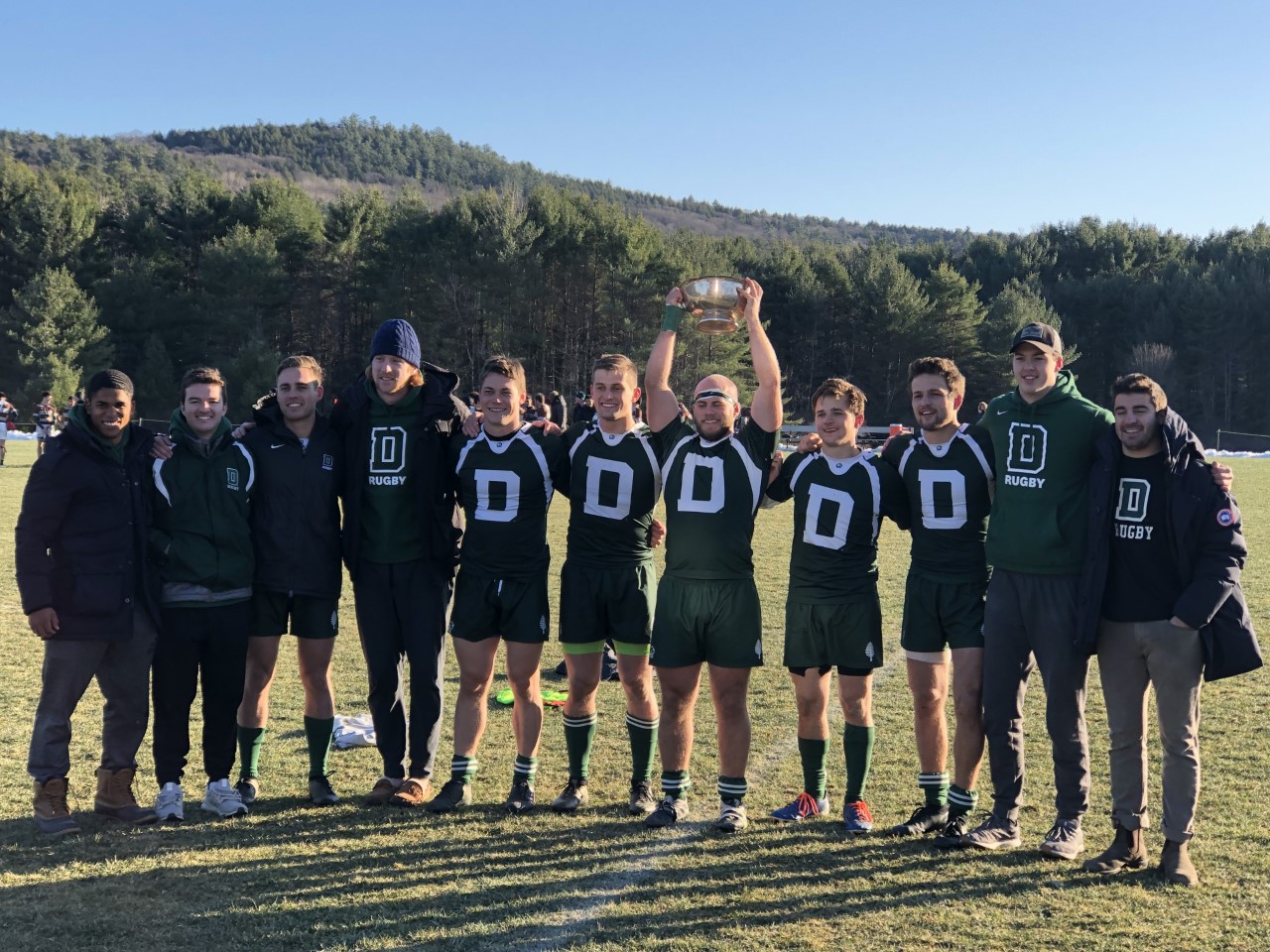 This past Saturday, the Dartmouth Big Green hosted the Ivy League final against the Brown University Bears. The boys had spent the entire day before shoveling snow off of the field in order to play their last match of the season on Brophy. Despite a strong showing from both sides, the Big Green were able to continue to stretch their collection of consecutive Ivy League titles to 13, which marked another undefeated Ivy XV’s career for the senior class.

The game started off with a deep restart kicked by Mike Weir, which after a strong defensive showing from Dartmouth, resulted in a successful Brown exit attempt. Dartmouth’s lineout unfortunately resulted in a penalty, allowing the Bears to take possession in the Big Green’s half. However, despite a series well put together phases from the Bears, Dartmouth was able to force a turnover and work the ball up to Brown’s 22-meter line. Dartmouth was awarded a penalty, and co-captain Patrick Sheehy ’20 elected to kick for points. Sheehy slotted the kick giving Dartmouth the lead 3 – 0. After Brown’s restart, Dartmouth again were given a penalty and found themselves playing a significant amount of defense in their own half. However, their defense forced a turnover and the Big Green were able to quickly exit the ball outside of their 22 – meter line. After another sequence of defensive phases, Dartmouth recovered the ball and moved play into the Bear’s half of the field. The Big Green soon found themselves with a lineout on the Bear’s five-meter line. AJ Meyer threw an x-ball to scrumhalf Jarrett Lewis, who gave the inside ball right back to Meyer, who barreled through the Bear’s defense for the first try of the match. The conversion was no good and Dartmouth stretched their lead 8 – 0. After the following restart, the boys found themselves playing more rugby in Brown’s half of the field. After a series of strong offensive phases, Charlton McArdle ’21 picked the ball from a Dartmouth maul and smashed through numerous Brown defenders for another Dartmouth try. Sheehy made the conversion making the score 15 – 0. Just prior to the close of the second half Dartmouth was given a yellow card and forced to play man down. Despite their numerical disadvantage, the Big Green succeeded for the most part in stopping Brown’s attack. However, after a penalty awarded to Brown, Brown were able to slot in a try in off of a lineout. This made the score coming into the second half 15 – 5.

The second half opened with a Brown restart, which they were able to recover, allowing them to quickly take possession in Dartmouth’s half. Despite a strong Dartmouth defense, the Big Green were able to score a try off of a lineout. The conversion was good, making the score 15 – 12. The Big Green kicked deep off of their next restart, and after building a strong defensive wall, were able to turn the ball over. Sheehy decided to go for points. He slotted the deep kick tacking on another 3 for Dartmouth. The score was now 18 – 12. The majority of the rest of the half was spent playing in both halves of the pitch. Both teams demonstrated strong offensive and defensive sides. Freshman phenom Mattias Calvo ’23 led Dartmouth’s defense with tremendous hits. Just before the final whistle Brown was awarded a penalty deep in the Green’s half. As the Bears attempted to shift the ball out wide, Patrick Sheehy read their offense brilliantly and intercepted their ball. Time had expired and McArdle picked the ball from the newly formed ruck and sent the ball to touch. The game ended, 18 – 12. Dartmouth had won.

In their final fall match on Brophy, the Big Green put on display the culmination of the hard work that each member of the team had put in over the course of the fall season. We as a club like to emphasize how Dartmouth rugby is far more than the 23 members who played in the final. Were it not for the tremendous effort of every member of the DRFC, its coaching and training staff, and its alumni and other supporters, the club would not be able to thrive at the high level at which it does today. The club has grown over the fall and as always, looks to continue to improve as they head into the off season preparing for the matches that lie ahead in the winter and spring. As always, Go Big Green!

See Brown writeup on the match »