This past Saturday the Dartmouth Big Green kicked off against the Harvard Crimson in the Ivy League semi-final match. From the first whistle, the boys came out firing and after a sequence of strong defense stands, forced a kicked from Harvard, which was successfully converted into a try by fullback Andrew Badenhausen ’19 who smashed through Harvard defenders off of an offload from co-captain Patrick Sheehy ’20.

The Brown Second XV obviously took a cue from the Firsts with a dominant win over the Harvard Seconds.

Brown scored early and often in the first half to take a commanding lead after 40 minutes against a physically hard but somewhat vulnerable Harvard team. As opposed to Dartmouth the previous week, Brown was able to find space through the Harvard defense sending four Bears over the line for tries, with the dependable Jon Kim adding two conversions and a penalty kick. Brown opened the match with a penalty kick and then conceded a try to Harvard.

Penn began the match with only 14 players, going down to 13 midway through the first half. Halftime score was Penn 22, Columbia 29. Penn lost two more players to injury, and finished the match with only 11 on the field. It was a courageous effort from Penn, but there was too much ground to cover. The final score was Columbia 51, Penn 27.

Columbia’s flyhalf and inside center proved to be a dangerous duo that were difficult to contain.

In spite of a rainy week the Brown Rugby field was surprisingly dry and the conditions facilitated a Brown romp over the Yale Bulldogs. Six tries in each half provided symmetry and a 76 to nil shutout. Given Brown’s dominance, a number of players were able to get first 15 playing time, demonstrating squad depth which is always crucial as the season wears on. Yale may be Brown’s toughest opponent to date but the Bears have improved their execution on offense and defense week by week.

Yale was only able to field a 10 man team for the Second XV match. Brown had 23 available players so open substitution was used to give all of the Seconds a chance to play. The teams agreed to play two 20 minute halves of rugby. 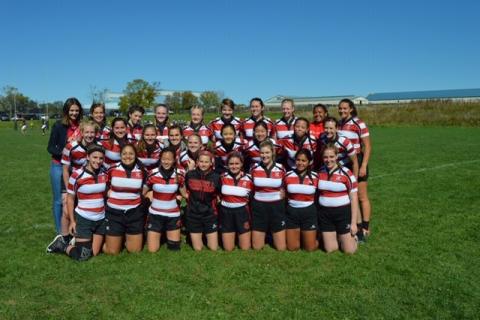 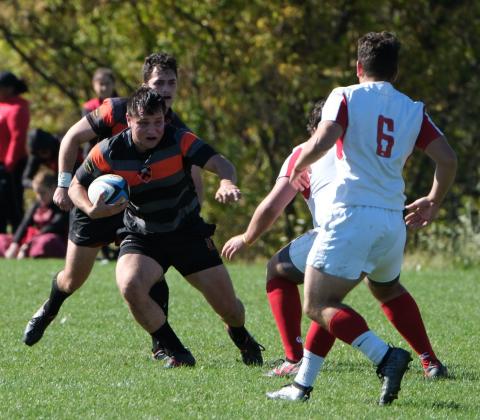